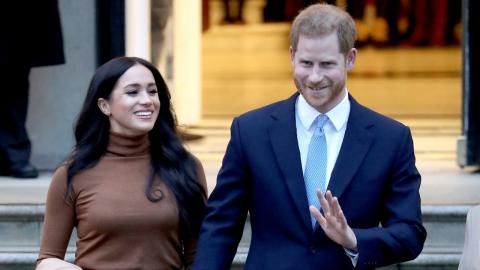 Meghan Markle and Prince Harry are looking into extending their 'Megxit' deal so the couple can keep their royal patronages while continuing to live as non-working royals in California.

After making an announcement to relinquish their duties as senior members of the British Royal Family in early 2020, Prince Harry and Meghan Markle are now looking to extend their deal that would allow them to continue living as non-working royals in the US.

The couple had officially quit working as senior members of the British Royal Family on March 31 of this year when they came to an agreement in which they would become financially independent while keeping their royal patronages.

Patronages the couple would like to keep working with

Meghan's patronages include working for organizations that promote female empowerment, universal education and animal welfare. While Prince Harry's included his title as president of the African Parks nonprofit conservation charity and the Invictus Games foundation. Reports also claim that the Duke of Sussex was looking into regaining the honorary military posts that he was forced to be stripped of upon signing the 'Megxit' deal.

Royal biographer Andrew Morton confirms to The Sun that Prince Harry would like to come back to the UK, COVID-19 restrictions permitting, in order to attend several events in the coming year. These would include the Queen's 95th birthday, the Duke of Edinburgh's centennial and the unveiling of a statue of Princess Diana on what would have been her 60th birthday.

Morton also reveals about Harry that:

Although they will do some of it by Zoom, Harry wants to meet face to face to tie it all up. Things seem to have calmed down. Harry has been in contact with the Queen more often than you would think. But certain things you need to be there in person to sort. They will need a few weeks. That could be done after April, depending on Covid.