Prince Harry has passed 'the point of no return' and will never return to the UK, a royal expert has claimed. 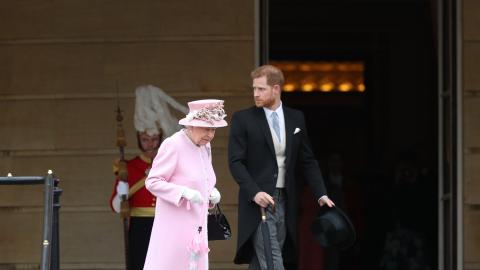 A royal commentator Phil Dampier said the Duke of Sussex has also suffered a 'psychological blow' over losing his royal patronages. With the Queen stripping Harry of his patronages of the Rugby Football Union (RFU) and Rugby Football League (RFL), Mr Dampier claimed the Duke will be crushed by losing the cherished patronage. It is believed that Kate, the Duchess of Cambridge will now take them up.

Changing of the guard

Mr Dampier insisted the upcoming move to hand Kate his rugby patronages shows a 'changing of the guard' for the Firm. He told The Sun Online:

The handing over of the rugby patronage brings home that Kate is very much stepping up her royal duties and taking on more and more patronages and getting a higher profile.It also highlights the reality of Prince Harry being replaced in some of the things he enjoyed, but it's sad in that it's taking away the things he brought to the table.

It's another example of the changing of the guard. It's a psychological blow as it emphasises the split and it's very much final. The Queen had left the door open but it's past the point of no return, I can't see Harry coming him back to the UK, and so yes it's another blow, and another example of what he has given up for his new life, and what it's cost him.

I think Harry will be upset and will be miss being England's rugby patron. He's a big fan, and I'm sure that when the dust is settled and he's been out there for a couple of years, even though he's got projects he's working on, in time he will start to miss these things and miss his mates.

But he can't really complain because he decided to quit the UK, he can't pick and choose the things he can do, he has made his bed and has to lie in it.

Harry was stripped of all his patronages when he and Meghan, Duchess of Sussex moved to the US.

Harry has been present at multiple games at Twickenham to watch England many times and was even seen celebrating the 2003 World Cup win in Australia with the squad.