After their dramatic stepping-back from the Royal Family at the start of this year, it looks like Meghan and Harry are moving forward already, as Meghan has bagged a new acting opportunity already as it looks like Meghan could be set to appear in a voice role on long-running cartoon comedy The Simpsons.

Even before the bombshell revelations, Harry was seen schmoozing a Disney executive at the Lion King premiere last year as he talked up his wife’s talents and confided that she was interested in voice roles. But whilst Disney seem to have passed up on the chance to have an actual real-life princess voice a Disney princess for now, Meghan has bagged another voice role.

The producer of The Simpsons, Al Jean, has confirmed that he would love to get Meghan into a voice role on the long-running show. He confided in the Radio Times:

We've talked about Harry and Meghan. I hear she wants to do voiceover work, so if they're reading this, give us a call.

The Simpsons’ most memorable cameos

The Simpsons has featured many big-name celebrity cameos since it first started in 1989. Some of the most memorable have included Paul and Linda McCartney, Buzz Aldrin, Lady Gaga, Stephen Hawking and Michael Jackson – who played a patient in a mental health facility who believed he was Michael Jackson.

Whilst Queen Elizabeth II has appeared as a character on The Simpsons several times, she has (unsurprisingly) never been voiced by Her Maj herself. Instead, the character has been voiced by actors Tress MacNeille and Maggie Roswell, as well as British comedian Eddie Izzard. Prince Harry himself has also been portrayed briefly on the show – as a picture of him and Bart on a wild night out was shown in 2003 episode The Regina Monologues. 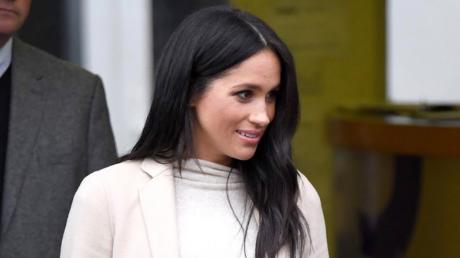