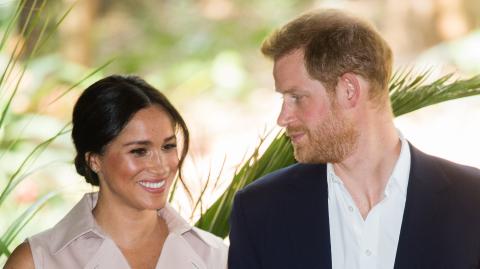 Harry and Meghan: why Thomas Markle is unlikely to meet his granddaughter anytime soon

On 7 March, during an interview with Oprah Winfrey, Harry and Meghan revealed that they were expecting a baby girl at the beginning of the summer. The birth of Archie's baby sister was expected to be imminent, and on Friday, June 4, she was born just a few steps away from her parents' luxurious home in Montecito, California.

Queen Elizabeth II, Prince Charles, Prince William and his wife Kate have all expressed their delight at the news and US Weekly revealed that the Cambridges, as good aunts and uncles do, have sent a gift to Lilibet Diana, the latest addition to the royal family. It seems that for the time being, the tensions that have agitated the royal family are easing, and that the birth of the little girl is nurturing goodwill on both sides of the Atlantic.

The same cannot be said of Meghan Markle, who is still in a hot war with her half-sister Samantha, who recently published a venomous book about her, and who is also at odds with her father Thomas Markle.

Only Doria Ragland, Meghan's mother, seems to be in the couple's favour; she was reportedly among the first at the birth of her daughter, just as she was in 2019 when Archie was born. Robert Jobson, an expert biographer on crowned heads, seems fairly certain that the family circle around little Lili will be very tight:

The way things are going it seems unlikely that either of the grandfathers will be able to meet the baby for a long time.

Thomas' relationship with his daughter appears to have begun its inevitable deterioration after a series of interviews with the 76-year-old in which he claimed not to have received an invitation to Harry and Meghan's wedding.

Thomas Markle then gave further interviews without his daughter's consent, in which he spoke of her in less than glowing terms, leading her to break off communication with him completely. As it stands, Meghan wants to keep the man away from her children...