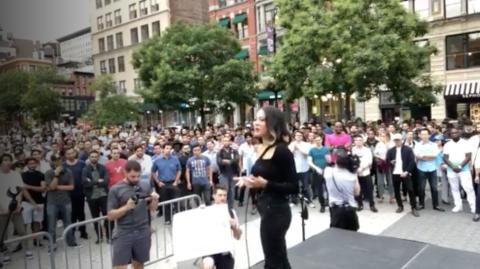 The dating app Tinder has already caused a lot of bad dates, but this one really takes the cake! Although at least it was original. A young New York model had the idea of ​​organising a giant date by inviting more than a hundred men to the same place. Of course, each of them thought they were the only one.

It all started on Tinder said one of the ‘suitors’ on Twitter. Natasha Aponte is very pretty and had no difficulty in ‘matching’ with more than 100 men. She decided to set up a date with each of them, agreeing to meet at Union Square to attend a so-called DJ set, all on the same day and at the same time. When arriving, there were quite a few men already waiting in front of the stage. Natasha makes them wait but continues to reassure her suitors by replying to their messages.

Finally she comes out on stage and with a microphone starts to explain her trick. ‘As you may or not know, my name is Natasha and I have a confession to make to each one of you. Everyone here has been brought here to have a date with me.’ She goes on to try to justify her actions. ‘The reason behind this is that it is very difficult to find someone when using a dating app, so I thought “How do I solve this problem? Maybe I should invite everyone to the same place, see how things go and solve my problem once and for all.”’Many screenshots of messages and photos of the scene have spread on social networks. After her speech, Natasha Aponte even organised a small race and wightlifting competitions with those who agreed to play along. The goal was of course to win a real date with her. 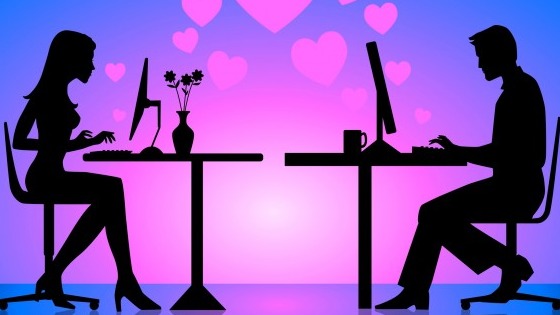 When Online Dating People Are Looking For ‘More Attractive’ Matches 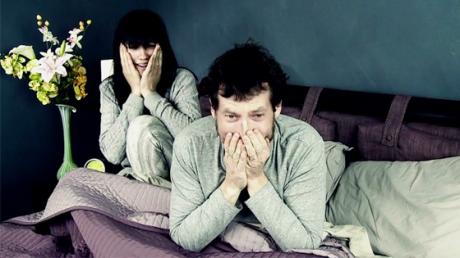 Negging: The Manipulative Dating Trend You Need To Watch Out For