For 9 years, this couple refused to open a gift that had been given to them at their wedding. Read on to find out why…

Married for 9 years, Kathy and Brandon Gunn who live in Michigan in the United States had until last May not opened a gift that had been given to them on their wedding day.

Given to them by an aunt, this mysterious white box was accompanied by an envelope stipulating that it should 'not be opened until the 1st disagreement.’ When thinking back to this still unopened gift, and although the couple were not having a disagreement, the Gunns however recently wanted to satisfy their curiosity.

Inside the package they discovered wine glasses, a vase, bath products, as well as a little money and two messages addressed to them. The message for Kathy suggested that she use the money to buy pizza and have a nice bath. The one written for Brandon told him to use the money to buy flowers and a bottle of wine. All of this, of course, was part of an attempt at reconciliation.

‘There have obviously been a lot of disagreements, arguments and door slamming throughout our nine years, and there were even a couple of times when we both thought about giving up… But we never opened the box,’ said Kathy on her Facebook.

‘For nine years this box stayed on a shelf gathering dust, but somehow it taught us tolerance, understanding, compromise and patience. Today, we decided to open the box because we had finally reached an awareness. We realised that the tools to create and maintain a strong and happy marriage were never in the box, they were in us.’

Take a look at the video above to see the beautiful wedding gift for yourself... 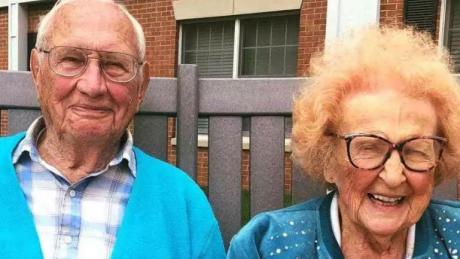 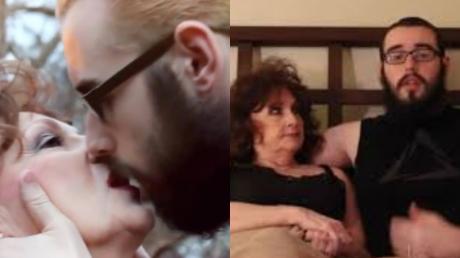