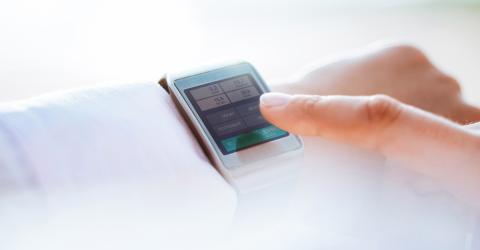 Technology can become your worst enemy very quickly, as this young man with a connected sports watch can attest to. His girlfriend found out he was cheating on her because of this watch.

It is often said that technological progress is always accompanied by a setback. This is the story Jane Slater, an American journalist, told on her Twitter account.

She explained how one of her ex-boyfriends had cheated on her, and how she had discovered this. She explained that this ex-boyfriend in question had given her a connected Fitbit watch. A watch that calculates and records the number of steps taken per day, the heart rate, the state of sleep, etc.

The couple therefore then decided to synchronise their two watches in order to encourage each other to exercise and monitor each other's progress.

But one evening at around 4:00 in the morning, her boyfriend was not at home and Jane noticed that he was having high peaks of physical activity. ‘An Ex Boyfriend once got me a Fitbit for Christmas. I loved it. We synced up, motivated each other… didn't hate it until he was unaccounted for at 4 am. And his physical activity levels were spiking on the app. Wish the story wasn’t real,’ she wrote on Twitter. It is clear that this physical activity was a different kind of exercise altogether, as they say, and that he was actually cheating on her.

This story has raised many questions from internet users, and has been shared more than 45,000 times! Jane took the time to answer the most frequently asked questions such as ‘What were you doing awake at 4:00 in the morning?’ The sports journalist replied that she was calling the police because she was worried about her boyfriend at the time. As a result of this event, Jane confronted her boyfriend, supported by the data, who did not deny the facts.