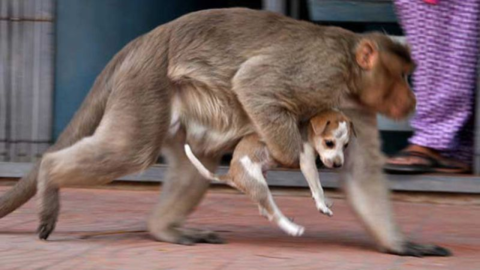 This monkey has adopted a puppy in India and takes care of it as if it were its child. The story of this unlikely duo has touched everyone.

This is probably the most adorable and unlikely story. Locals in India were awestruck when a Rhesus Macaque rescued a puppy and humbly took it upon herself to adopt it.

The female monkey protected the little puppyfrom stray dogs who wanted to attack it, in front of passers-by who could not believe their eyes. Moved by the unlikely bond between the monkey and the little dog, they decided to help them by bringing them food every day.

Even more amazing still is the fact that the monkey mother lets the puppy eat first and waits until the baby is no longer hungry before starting to feed herself. Proof of true maternal instincts.

Her kindness towards the little dog she cares for as if it were her own is very touching and both animals have since become inseparable. The Indian newspaper Zee News says:

The people who saw them speak of the very strong affection they had for each other and described their relationship as being the most caring in the world.

Take a look at the video above to see their special bond for yourself! 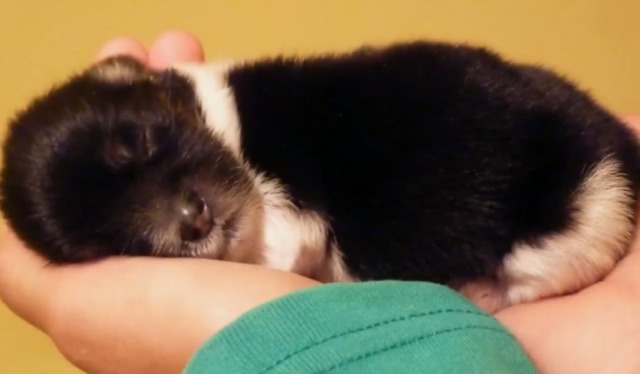 This Precious Puppy Was Abandoned The Day She Was Born... But What Happened Next Will Warm Your Heart 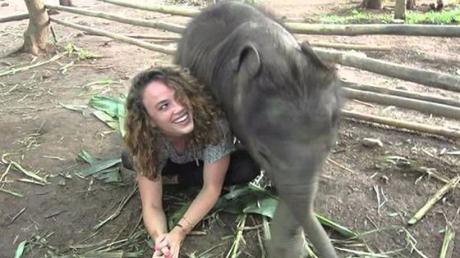 This Baby Elephant Loves Her Keeper So Much... What Happens Next Will Melt Your Heart