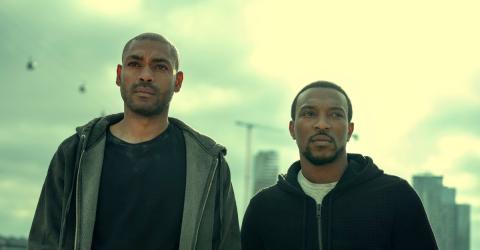 A few new faces will join the third season of the London-based crime drama Top Boy, produced by Drake and his manager, Future the Prince.

Top Boy premiered on Channel 4 in 2011, while the second season aired in 2013. It seemed like the show had officially ended until Drake stepped into the mix in 2017.

The drama, set amidst the drug scene in East London, will premiere on Netflix on September 13th. The story about Dushane, a 20-something drug dealer, who hopes to become East London’s Top Boy, gripped its audience. 95% of Google Users enjoyed the show!

Top Boy, the gangster thriller will unquestionably continue to please audiences when the third season, produced by Drake and his manager, Future the Prince, comes to Netflix this fall.

So why did Drake want to revive a show that ended all the way back in 2013? Take a look at our video above for the answer.