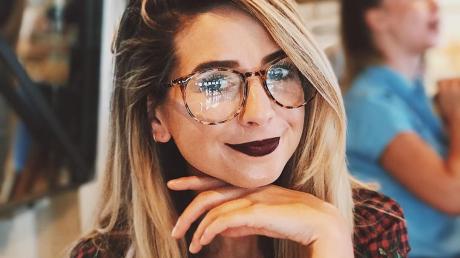 Can wearing too much makeup hurt a woman's career? This was revealed by a study that explains that women who are "too made up" are considered less credible by their colleagues.

A recent study led by Dr. Christopher Watkins, a psychologist at the University of Abertay in Scotland, reports something astonishing. According to this study, women who "wear too much makeup" are considered by their colleagues or superiors to be lesser leaders.

During this study, several photos of women wearing no makeup and wearing enough makeup for a night out were shown to participants. It was found that made up women were perceived as much less likely to have an important position than those who remained natural.

Wearing a lot of makeup would contribute to a less serious image of women in their workplace, as Dr. Christopher Watkins explains. "While previous results suggest that we are inclined to show some respect for a woman with a beautiful face, our new research suggests that makeup does not enhance a woman's leadership qualities," he says.

A finding that corroborates a 2016 study by Harvard University that showed that women who had a "glamorous" look were considered less trustworthy at their workplace by others.

Read also
She Got Her Eyebrows Tattooed, But Then Things Went Badly Wrong

Check out the video above for more...