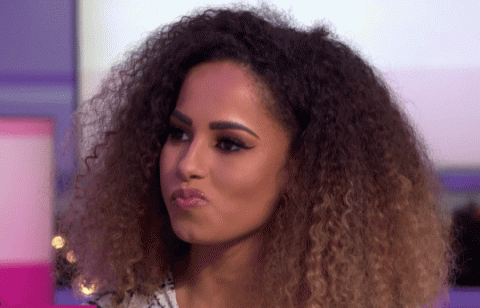 2019 Love Island winner Amber Gill and Greg O'Shea were our favourites in the villa. Sadly, they ended up splitting up just a few weeks after winning, leaving us heartbroken. It seems Amber is still a little bitter after all this time...

Love Island winners Amber Gill and Greg O'Shea were one of the first couples to break up after leaving the villa. The relationship lasted a brief 5 weeks following the series after the Irish rugby professional player dumped the Geordie bombshell, blaming the long distance between them as well as their careers.

Amber held a grudge against Greg when he dumped her over text message (savage), and it only got worse when Greg starred alongside fellow Islander Maura Higgins on The Late Late Show in Dublin, instead of Amber.

When news broke of their split, a source revealed to The Sun: 'Amber feels used by Greg. He was always aware of the distance and his career in their relationship, and yet he chose to seek out Amber in the villa knowing there would always be the distance. 'Amber is devastated, she thought he was a lovely guy, but he's made his feelings clear over text, which isn't very sensitive.'

Amber appeared on Good Morning Britain with her besties and fellow ex-islanders Yewande Biala and Anna Vakili, and it was painfully obvious that the Geordie girl has had enough with questions about her ex-boyfriend Greg.

When host Ben Shephard kept posing questions about the breakup, Amber explained: ‘I am trying to move on from that point, we have more interesting things to talk about.’

The queen of Love Island doesn't have time for this anymore... Sorry, Greg who?