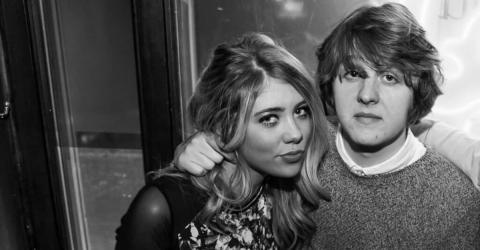 With the very first series of Winter Love Island now just days away, one of the ladies looking for love this January may have just been revealed - and she's got a VERY famous ex…

According to tabloid reports, singer Lewis Capaldi's ex-girlfriend Paige Turley has signed up to search for love in South Africa this January as Love Island heads to Cape Town for its first-ever winter series.

The stunning 22-year-old blonde is believed to have been the inspiration behind Lewis' emotional number one single Someone You Loved. The Scottish singer-songwriter, 23, penned the ballad following their 2016 break-up.

Paige and her famous ex met at college in Motherwell but she actually found fame before Lewis when she appeared on Britain's Got Talent at the age of 14. Her rendition of Birdie's Skinny Love at the auditions reduced Ant and Dec to tears.

Whilst Paige sailed through to the BGT 2012 semi-finals with four yeses from the judges, she was eventually knocked out by young ballroom dancing couple Kai and Natalia who pipped her to the final.

Now, Paige is on the lookout for love (and possibly a career boost?) again, with ITV bosses undoubtedly thrilled with her link to singer of the moment Lewis Capaldi. A source told The Sun: 'Paige is looking for love, and so when the team from Love Island approached her, she decided to take up the opportunity.'