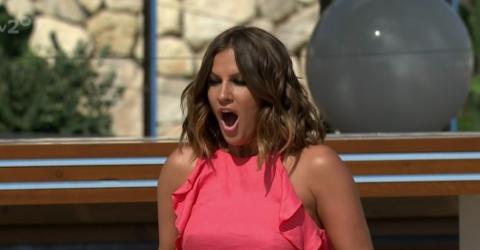 With the new series of winter Love Island just a month away, the series may have been thrown into jeopardy as presenter Caroline Flack has been arrested and charged with assault by beating in an incident that occurred on Thursday 12th December, according to the Metropolitan Police.

The Metropolitan Police have confirmed that popular ITV presenter Caroline Flack has been arrested following an attack on a man in the early hours of Thursday morning. The 40-year-old Love Island host has been charged with ‘assault by beating’ and will be required to appear in court.

A statement from the Metropolitan Police confirmed: ‘Caroline Flack, 40, of Islington was charged on Friday, 13 December with assault by beating. She will appear on bail at Highbury Corner Magistrates’ Court on Monday, 23 December. This follows an incident at approximately 05:25hrs on Thursday, 12 December after reports of a man being assaulted. He was not seriously injured.’

According to The Sun and The Daily Star, the man in question was Caroline’s boyfriend, 27-year-old tennis player Lewis Burton. The tabloids say that police cars were pictured outside the couple’s London home in the early hours of Thursday morning, with eyewitnesses claiming to have heard Lewis shouting ‘Bruv, I was normal until I met her.’

Caroline and Lewis have been dating for several months and first went public with their relationship in July this year. They were introduced by mutual friends and have been loved up on Instagram ever since. Caroline’s most recent photo with Lewis shows the couple in matching flat caps at Winter Wonderland three weeks ago.

With Caroline set to appear in court on 23rd December, it’s not clear whether her arrest will have an effect on her Winter Love Island presenting duties. The show is due to kick off on Wednesday 8th January in Cape Town, with Caroline already jetting back and forth between South Africa and the UK in preparation.