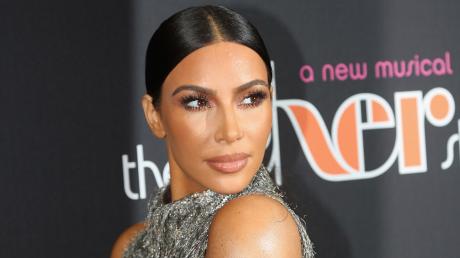 We tend to forget, but Kim Kardashian isn’t like other women. But although she might not seem like it, the most famous of the Kardashians does have her little flaws. And yet, she has just revealed one beauty secret that will surely surprise you!

Kim Kardashian’s reputation and image are well established. Perfect at every occasion, she has managed to find a place in the world of beauty and is now a model. Still made up to perfection, Kylie Jenner’s older sister has perfectly mastered the art of contouring and gives her best advice to her numerous followers on social media. In addition to numerous tutorials online, Kanye West’s wife launched her own brand of cosmetic products called KKW in June 2017.

Professional yes, but perfect no! As has just been revealed during the TV show Busy Tonight presented by Busy Philipps in the United States, Kim has a very bad habit. How often and ‘frequently’ do you think she goes to bed with her make up still on? This sincere confession indicates just one thing: the beautiful brunette sometimes, like everyone, is just too eager to jump into bed without taking her makeup off. But rest assured, she is trying to put things right since she left her skin alone ‘for two days’ after all this poor care.

Read also
This Instagrammer's Lips Are Driving The Internet Crazy

A small missed step, but it is nevertheless wise to avoid it if you can! As you know, sleeping with your makeup still on is very bad for your skin - and leaving it on too long can have dangerous effects!

Check out the video above for Kim's surprising confession!

Kylie And Drake? The Pair Are Hanging Out ROMANTICALLY

#makeup
Contact
To ensure that we can best respond to your question, please choose your desired department
No connection
Check your settings