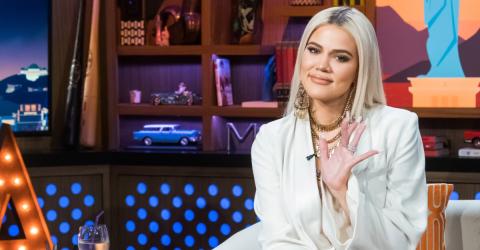 Khloé Kardashian has confirmed that she has finally dumped Tristan Thompson after he was spotted making out with Jordyn Woods - sister Kylie's 21-year-old best friend - at a house party this weekend.

Khloé Kardashian has finally dumped her cheating partner Tristan Thompson after he was caught making out with Jordyn Woods at a house party this weekend.

Fans will know that this is not the first time that Khloé and Tristan's relationship has been rocked by cheating scandals, as he previously cheated on Khloé whilst she was expecting the couple's 10-month-old daughter True. Despite this, Khloé decided to forgive him and take him back for the sake of their daughter. Now, though, it seems that enough is enough.

Who is Jordyn Woods?

The betrayal will be that much harder for Khloé and indeed the other Kardashians to bear as Tristan was caught getting it on with Jordyn Woods - Kylie Jenner's best friend.

Jordyn has been friends with Kylie since the girls were in their teens and is a member of the Kardashians' inner circle. She often appears in Kylie's Snapchats and Instagrams and has even appeared on Kylie's reality show Life Of Kylie.

Aside from her close relationship with the Kardashians, Jordyn is one of the most in-demand plus size models in the industry and has over 8.2 million Instagram followers.

Whilst Kylie and Jordyn are yet to react publicly to the revelations, Khloé and her BFF Malika have not held back in their Instagram comments...

Check out the video above for more details!