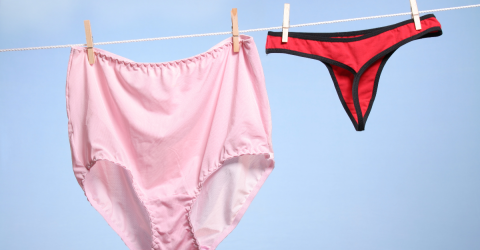 A study conducted by a brand of underwear in the US reveals that 45% of Americans have worn the same underwear two or more days in a row!

There's a lot of surprising information on people's hygiene out there! A recent study reveals that Americans are quite relaxed about changing their underwear every day.

American underwear brand Tommy John conducted a small survey by interviewing 2,000 men and women about their relationship to hygiene and underwear.

The data they obtained somewhat astonished and confused the underwear brand, Tommy John. Because, you have to admit that's not sanitary at all. So, the brand gave their customers a quick reminder of the unspoken underwear they should abide to:

"It's crucial to update your underwear wardrobe every six months to a year to ensure you're protected from harmful infections and health risks. Women should be especially careful, as they're more at risk than men to experience health issues due to unclean underwear."