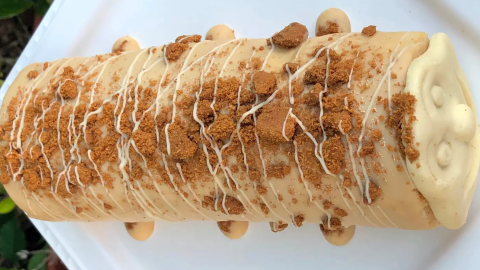 Lockdown has created many a baking masterpieces and this vegan baker will have every Brit's mouth watering with their Biscoff Caterpillar cake.

The past few months have had people really getting back into the kitchen to perfect their cakes and some have even discovered some creative new recipes such as this vegan take on the classic Colin the Caterpillar cake from Marks & Spencer.

Creator of the Instagram and blog Vecreation, Beth, is the genius behind the Biscoff Caterpillar cake named 'Charlie'. Instead of the usual chocolate spongecake, this one has an incredible caramel twist.

Beth had conjured the recipe as part of the Vegan Food UK's weekly challenge where people are creating vegan versions of UK's favourite dishes.

Beth dished to Tyla about her creation stating:

We all love Biscoff (especially in the vegan community) and we all love the British national treasure that is the caterpillar cake! Bringing together the nostalgia of the past and the excitement of the present felt very exciting!

She continued to describe just what went into the creative cake's production:

I developed a vegan swiss roll recipe and a custom caterpillar face called Charlie so those in the vegan community can enjoy the idea too! Coming together is always the way, even in baking. Making a cake was also the only way to stop me eating a whole jar of Biscoff in one go!

And, to help all the other vegans out there who want to participate in the tradition that is Colin the Caterpillar, Beth has also supplied the recipe for Charlie on her blog!

According to Marks & Spencer, the traditional cake takes 38 people to assemble. Beth's recipe luckily doesn't require an assembly team but it would still be fun to get your friends involved.

Charlie the Caterpillar has been a huge success for the baker and she is even now supplying moulds for his face for anyone who would like to try out the creation themselves. 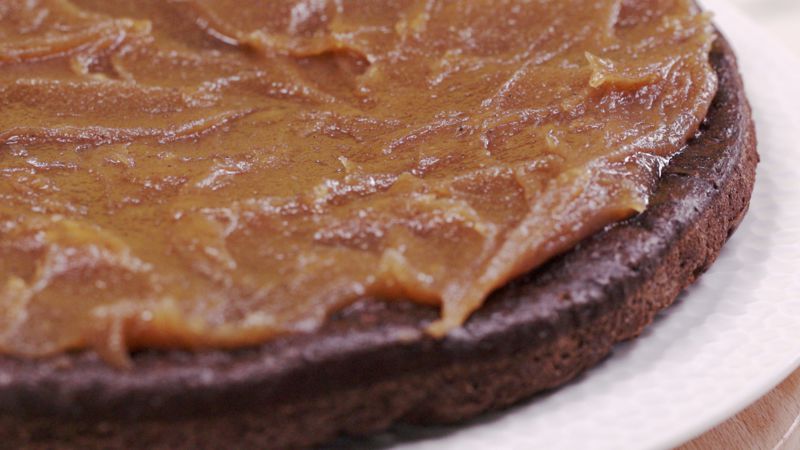 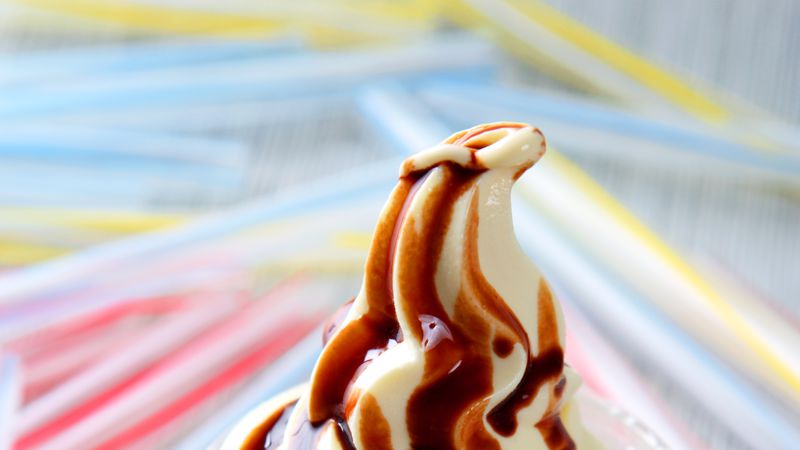 Here Is an Easy Recipe to Make Your Own Homemade McFlurry