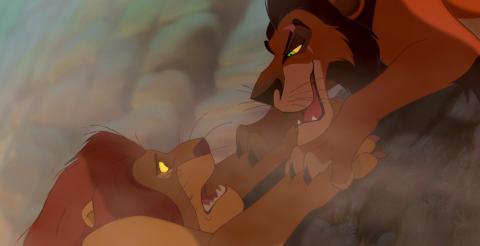 This film was a huge influence on the childhood of many people, and we can all remember shedding a tear or belting out the hit numbers. Recently, the creators revealed that Mufasa and Scar aren't actually brothers...

Everyone has always assumed that Mufasa and Scar were brothers, and that Scar had committed fratricide (which has scarred generations of children by the way). According to Rob Minkoff and Don Hahn, the director and producer of the animated film, this is not the case. Not in the genealogical sense anyway.

The Lion King, inspired by nature

In an interview with the Hello Giggles website, the two men said that ‘In making the film, we talked a lot about the fact that Scar and Mufasa probably did not share the same parents.’ The relationship between Scar and Mufasa is therefore directly inspired by the way lions behave in nature.

‘Occasionally, some groups have two males, and it's an interesting dynamic because they are not equal, one of them is in the background,’ the two men explain. Scar would have acted like any lion in nature would have, by killing the dominant male in order to take his place, and then trying to suppress his offspring.