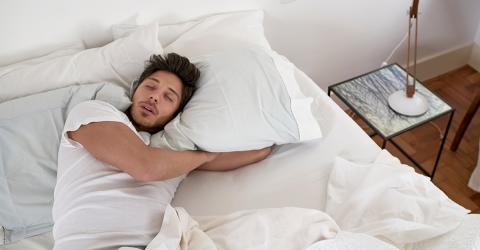 A new study has shown that if you do not wash this part of your bedding very regularly, the number of bacteria on it increases to such an extent that it exceeds that of a toilet bowl.

Some are too lazy to wash their sheets regularly, yet it is a good habit to have since they can quickly become very dirty. According to one study, if a pillowcase is not washed regularly enough, it could contain several thousand times more bacteria than a toilet bowl.

Indeed, every night we deposit 15 million dead skin cells onto our pillowcases. These cells will not simply accumulate on the pillowcase but will feed the hundreds of thousands of dust mites that are also present. The less the pillowcase is washed, the more food the mites will be fed and the more they will be able to reproduce.

In addition, the multiplication of dust mite excreta will lead to a rapid increase in bacteria and fungi on your pillowcase.

Dangerous for the health

If you have dust allergies, dust mites can harm you. They produce proteins that irritate your eyes, make your nose runny and give you other symptoms that could feel like a cold.

According to one study, an unwashed pillowcase has 16 different species of fungi that can potentially be dangerous to the lungs and other organs.

Check out the video above to find out how often you should really be washing your pillowcase to avoid sleeping in a toilet!