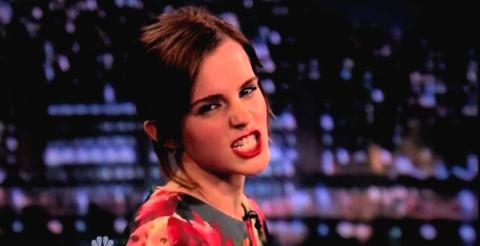 Emma Watson is one of the greatest actresses of her generation, and has been a UN Women Goodwill Ambassador since 2014. But the 29-year-old actress has had to put up a barrier between herself and her fans.

In an interview with Vanity Fair magazine, Emma Watson explained why she now refuses to take selfies with her fans: ‘For me, it’s the difference between being able to have a life and not. If someone takes a photograph of me and posts it, within two seconds they’ve created a marker of exactly where I am within 10 metres.’

And Emma Watson is - understandably - certainly not a fan of her privacy being invaded in this way, explaining: ‘They can see what I’m wearing and who I’m with. I just can’t give that tracking data.'

However, the actress - beloved by generations for her iconic role in the Harry Potter series and for her star turn in Disney's Beauty and the Beast - insists that she's not turning her back on her fans entirely and is always happy to answer questions about Harry Potter.

Take a look at the video above for more from Emma!