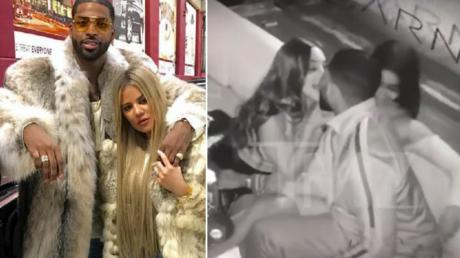 Khloe Kardashian, the sister of Kim Kardashian is about to have her first baby girl with the famous NBA player, Tristan Thompson. However, their relationship will be forever changed...Watch the video and tell us what you think!

Khloe Kardashian, 33, and Tristan Thompson, 27, have been together since September 2016. Khloe revealed in Keeping Up With The Kardashian that she went on a blind date with him. She met him through two of her friends and they arranged the blind date for her. They hit it off great from the start then one thing led to another. Since then, the couple have been posting adorable photos on Instagram to showcase their love for each other.

In an interview back in April 2017, Khloe mentioned that she has "never been in this type of love" and that she would marry him. She's always been very open about starting a family of her own. With Tristan, she mentioned that he would be a great father. On 20 December 2017, they made their official announcement to the world that they are expecting a baby together. That time was precious indeed, now Khloe is expected to have her baby soon.

Despite their beautiful beginnings, this one negative action could be the end of their relationship for good. Tristan Thompson was caught on film cheating on Khloe with another woman. There were several photos that showed the two of them entering into a hotel then the woman leaving the hotel room alone. Who is the mystery woman? Sources say it's a woman named Stephanie and goes by the name of Ms Stephaniee on Instagram. She's apparently a 'Kim Kardashian wannabe' posing in outfits similar to Kim. Before deleting her Instagram account, she posted a sex tape of her and Tristan then said she was pregnant. How outrageous right?

The Kardashian family is extremely upset about this situation and have unfollowed Tristan Thompson from all social media networks. They will be there to support Khloe during the scandal.

Kim Kardashian-West And Kanye West Gets Even Richer