In a phone call, Prince Harry is said to have spoken to his grandmother about his departure from the royals. Find out what she has to say about it. 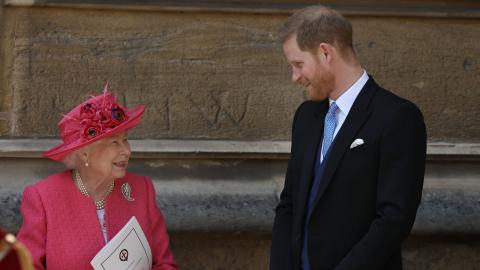 As a guest on the Late Late Show with James Corden on 25 February, Prince Harry talked about a video call with his grandmother, Queen Elizabeth II. In the conversation, she reportedly told him that she was happy for him that he had found happiness, but that he should still 'uphold his family values.'

A promise is a promise, and yet...

Of course, Diana's youngest knows his duties to his family and, according to a source, he promised the disappointed Queen that he would never do anything to harm the family's reputation. But can he even keep that promise?

In view of Harry and Meghan's upcoming interview with Oprah Winfrey, not only Kate and William but also the Queen are plagued by many doubts. The interview will be broadcast on March 7 on the American channel CBS.

'Harry does not want to upset her'

But so far they say the worry is unfounded and that neither Harry nor Meghan have forgotten their promises to the royal family. Emily Nash from Hello magazine explains what the interview will be about:

Meghan will talk about her marriage into the Royal family, being a mother and the way she deals with the pressures of being a high profile celebrity, but I don't think they want to criticise the members of the Royal Family. Harry is still very close to the Queen and doesn't want to upset her.

Prince Harry has already managed to talk to James Corden about his difficult position in the Royal Family without directly attacking it.

It was a very difficult environment, which I think many people saw. We all know how the British press behaves. And that took its toll on my mental health. It was toxic. So I did what any husband and father would have done - I got my family out of it.

Harry and The Crown

Harry, who himself has signed a contract with Netflix along with Meghan, also talks about the series The Crown, in which the Royal Family repeatedly does not come away entirely unscathed:

It is fiction that is very loosely based on the truth. Of course, it's not entirely accurate, but it provides a good impression of the lifestyle and the pressures that come with it. I clearly agree with 'The Crown' more than with other stories circulating about my family, my wife and me. 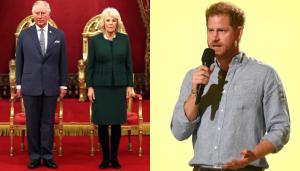