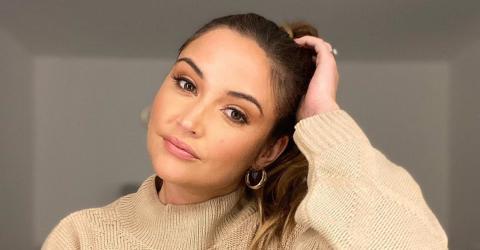 Michelle Keegan is hanging up her boots and saying goodbye to the popular BBC series Our Girl after playing Corporal Georgie Lan for four years. Since then, the producers have been looking for someone to fill her shoes.

Earlier this month, Keegan announced that she would be leaving Our Girl.Speaking to The Sun, Michelle had this to say:

‘Playing Georgie has been a life-changing role for me. I’ve loved every second of the adventure so it was a very hard decision to make not to return. I feel it is the right time to explore other exciting opportunities but I’m so happy to be part of the new series coming soon so it’s not the end just yet.’

The BBC is now reportedly looking for a replacement actress to take over the leading role. According to sources, a name has been dropped and it could be big! The queen of the jungle, Jacqueline Jossa could be exchanging her backpack for a pair of military issue boots!

The former Eastenders star won our hearts in last years series of I’m A Celebrity, Get Me Out Of Here! Despite all the controversy with Dan Osborne’s cheating allegations and the drama surrounding her adventures on the show, Jacqueline made it to the finale and was crowned the queen of the jungle.

Jossa is now said to be taking over the lead in the BBC drama, Our Girl. Which would make her the third soap actress to star in the series after Michelle Keegan and Lacey turner.

'Jacque­line is keen to replace Michelle on Our Girl and has been encouraged to go for it by her former colleague and pal Lacey. And bosses at the Beeb want a mainstream signing and feel the Queen Of The Jungle fits the bill perfectly. The series hasn’t yet been greenlit, nor any contracts sign­ed, but she’s in a good position to bag it if it all goes ahead.'

We’re excited to potentially check Jac out in a military role!