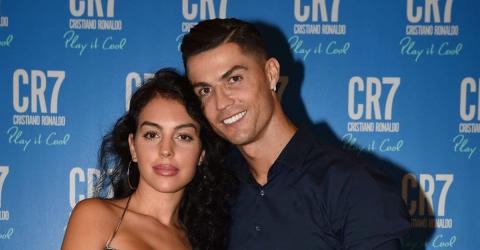 Cristiano Ronaldo and Georgina Rodriguez have been together since 2016, when photos of the two of them being very affectionate first surfaced. Georgina is also the mother of his daughter, Alana Martina.

Although they've been together for years and Georgina is raising all of Cristiano Ronaldo's children as if they were hers, the couple hasn't made their relationship official yet. Despite the fact that CR7 keeps claiming that he is happily unmarried, rumour has it that he got married to his beautiful girlfriend while on vacation in Morrocco.

According to Novella 2000, an Italian celebrity and women's magazine, the Portuguese footballer secretly married Georgina in Marrakech. His friend and fellow footballer Badr Hari reportedly organized the ceremony.

The Italian magazine also reported that Dolores Aveiro took this news very well and that 34-year-old FC Juventus' player, put Georgina in his will. However, the magazine did not specify when they got married.

Cristiano Ronaldo had already discussed the possibility of marrying Georgina on Good Morning America: 'We will get married someday, for sure. It's also my mother's wish. So, someday, why not?'

However, since the news broke, the story has been discredited. Indeed, sources close to Ronaldo told TMZ there was no wedding. They also shot down the rumours in an interview with the Daily Mail and said it was fake news.