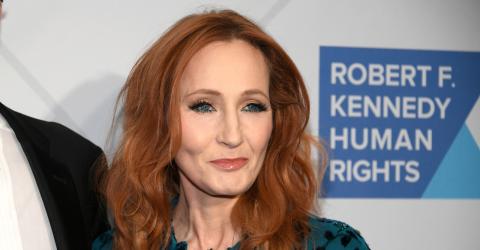 JK Rowling, the author of the Harry Potter novel series, recovered from what she believes to be serious COVID-19 symptoms. Though the writer was never tested, she stated that she had all the symptoms. A breathing technique used by doctors and nurses in the ICU has helped her fully recover. Doctors recommend it to anyone suffering from the virus at this time.

Coronavirus has infected over 4.5 million people worldwide and killed over 1 million people. Millions of people are suffering from the symptoms and are battling this deadly virus quietly at home in isolation.

JK Rowling shared in a post on Twitter a breathing technique used by doctors and nurses in the ICU that can help those suffering from the coronavirus to recover. She claims this technique helped her to recover after experiencing all the COVID-19 symptoms.

The doctor who demonstrates the technique in the video is Dr Sarfaraz Munshi from Queen's Hospital, less than an hour from London. He credits his colleague Sue Elliot who relies on this technique every day in the ICU. They recommend it to anyone suffering from symptoms and even states that practising it before you even contract the virus is also a good idea.

In the video, Dr Munshi states:

While you have an active infection you need to be getting a good amount of air into the bases of your lungs. The only way you are going to do that is by having a technique.

Don't lie on your back

He also reminds us that the majority of our lungs are on our back, and when we lay down on our backs for prolonged periods, we start to close off smaller airways which can be crucial especially during periods of infection.

The technique which can be seen in the video above involves two rounds of 6 deep breaths which you hold for 5 seconds each. On the 6 breath, you release with a big cough. After these two rounds of breathing you then lay down on your front with a pillow and take breaths, slightly deeper than normal for 10 minutes.