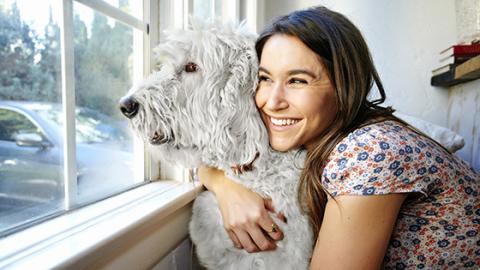 An American company proved very responsive to its employees: it offered them a form of maternity leave for when they adopted a young pet. Those who needed to spend time with their new companion were given the chance to do so, allowing owners to provide the necessary training for their pet in good time.

Of course, this new form of “maternity leave” is shorter than the one given to young parents. But the idea still attracts many employees of an American company, as they are given the option to request days off when they decide to welcome a young furry friend into their life.

At a young age, cats and dogs alike require lots of attention as well as time so that they can be given solid training (and so that you can prevent your sofa from becoming a scratching post every evening). So the US-based marketing agency Nina Hale, which is based in Minnesota, has set up a “fur-ternity leave” for its employees, as a recent issue of the New York Times has reported.

So, if the company’s staff decide to welcome a pet into their home, they can choose to work remotely so that they can create the best possible conditions for their new family member.

It corresponds roughly to the average duration of paternity leave offered to men in the UK (11 days). Allison McMenimen spoke about the initiative to the New York Times: ‘For a lot of people, their pets are their children. Our employees are at all different stages of their lives.’

By this, the young woman suggested that adopting a kitten or a puppy can compare to the birth of a baby for a couple. In both cases, it’s a big step involving lots of responsibilities and changes.

This initiative still remains a maverick example, but there have been precedents. An American company gave paid leave to one of their employees who had an extremely sick dog. There has also been the example of the New York-based agency mParticle, which offered two weeks’ paid leave when an employee adopted a dog from a shelter.

#pets
Contact
To ensure that we can best respond to your question, please choose your desired department
No connection
Check your settings