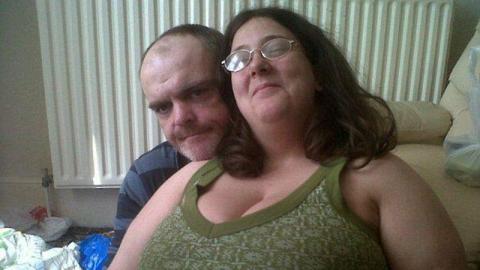 A British couple living in the South-east of London want the government to foot the bill for their wedding.

This woman, who has been unemployed for almost 20 years, dreams of having a ‘fairy-tale church wedding’… and even thinks the government should pay for it!

In Gillingham in the south-east of London, 37-year-old Anna Broom is head over heels in love with her partner, 43-year-old Jordan Burford. So much so in fact that the two lovebirds are now planning on taking the next step in getting married. The only problem is that Anna hasn’t worked since 2001 when she was 19 years old…

As a (debatably) logical consequence, the future bride has decided to ask the government to give her £10,000 towards her church wedding during which she wants to wear designer shoes and even arrive by carriage. And obviously, the evening wouldn’t be perfect and successful without a big case of champagne for the few guests (but 50 nevertheless) that Anna is planning to invite.

And Anna and Jordan also want an additional sum of around £2,000 to pay for their honeymoon in Mexico. As the Daily Mail reported, the thirty-year-old considers it a ‘basic human right’ to be a bride.

‘I’ve dreamed about being a bride since I was 12 years old,’ confessed Anna who has been receiving benefits from the government for almost 20 years, just like her future husband.

‘I deserve a fairy-tale church wedding and a party in a castle – but there’s no way I could afford it on benefits, and I can’t work because I’m overweight.’

‘I don’t see why I should have a small wedding at a registry office – I wouldn’t be able to fit in all my guests and a church wedding is far more romantic,’ she concluded.

#weird#wedding
Contact
To ensure that we can best respond to your question, please choose your desired department
No connection
Check your settings